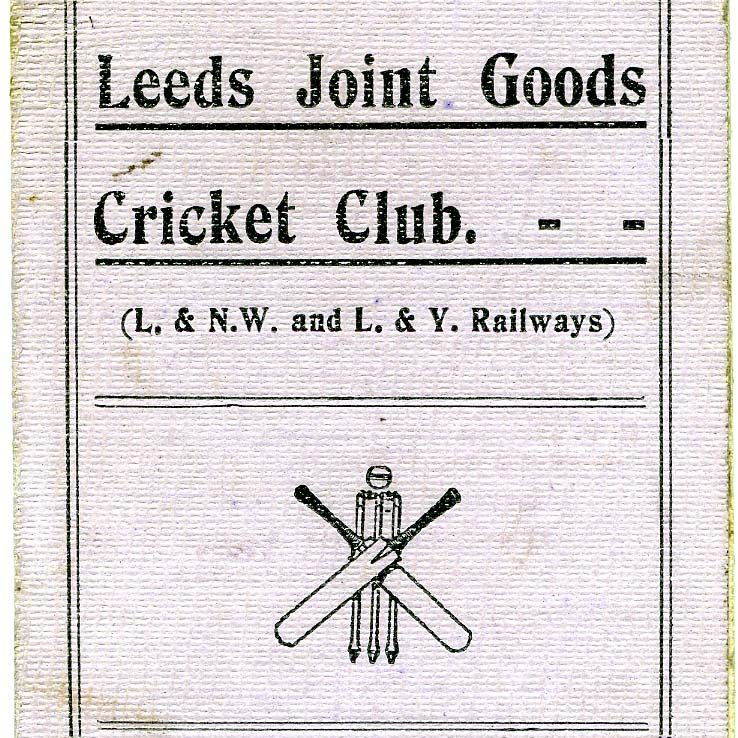 Railway workers had the opportunity to become involved in a huge range of clubs, sports and social activities. They were encouraged to take part in different activities, and events were organised by the railway companies. This was a way of creating a community amongst employees – the idea of a ‘railway family’. Companies provided buildings to support these activities, whilst senior staff attended dinners, took part in carnivals and gave out prizes. On a more serious note, some railways provided care homes for retired workers, and orphanages for the children of railway workers who died.

Take a look at these items in our collection to explore the idea of the ‘railway family’.

Dinners were a popular social event, and were often attended by senior railway staff. This menu is from the ‘London, Midland and Scottish Railway Company Eighth Annual Dinner for Leeds District Goods Manager’s Staff’, dated 22nd November 1935. It was saved by John Edwin Walker, who was Chief Claims Clerk for the LMS at Leeds.

As well as listing the food, the menu shows that there was a dance band and a “specialty dancer”!

This was produced for employees of the London, Midland & Scottish Railway Company. It kept workers up to date on news and developments, and provided details of social events.

Staff outings included coach tours through the countryside, trips to the seaside, and visits to the zoo. There were musical concerts, dances, talks and clubs such as the ‘Fur and Feather Society’, with its yearly animal show. Sports clubs included angling, football, golf, hockey, table tennis and athletics.

These items show the year’s planned cricket matches for the Leeds Joint Goods Cricket Club in 1908 and 1910. This club was open to workers for the London & North Western Railway and the Lancashire & Yorkshire Railway.

Many of the sports competitions would result in trophies being awarded. This silver trophy was the prize for the British Railways Swimming Club in Derby. It has a nice figure of a swimmer on top. The winner’s names have been added around the bottom.

This trophy was awarded to the winner of the ‘Derby LMS Swimming Club/ Ladies Club Championship’.

These trophies are part of the Midland Railway Trust collection – images and information kindly supplied by them.

Workers were encouraged to learn first aid skills. Railway companies believed that it would improve their worker’s safety and let them help members of the public. First aid skills were taught in ‘ambulance classes’, and competitions were held to encourage involvement. This trophy was awarded to the winner of the ‘Annual Individual Competition/ C.M.E. Dept. Ambulance Class/ Derby 1931’.

This trophy is part of the Midland Railway Trust collection – images and information kindly supplied by them.

Many railway workers stayed with the same company for years and were presented with a gift when they retired. This certificate was given to Eric Henry Baud when he retired after 49 years working as a coach painter at Wolverton Works.

This Rolex gold watch was given to Mr A. W. Child by British Railways “in appreciation of 45 years service”.

This page in the LMS magazine (1937) mentions the ‘Railway Servants’ Orphanage’ in Derby. It describes how the children living there spent Christmas. They were given money, had a special dinner, and played games.

If you are interested in finding out more on this topic, take a look at this Thesis by Hannah Jane Reeves (2018), An exploration of the ‘railway family’ 1900-1948 (Keele University).

Back to Stop! Look! Listen!
Back to Home Page